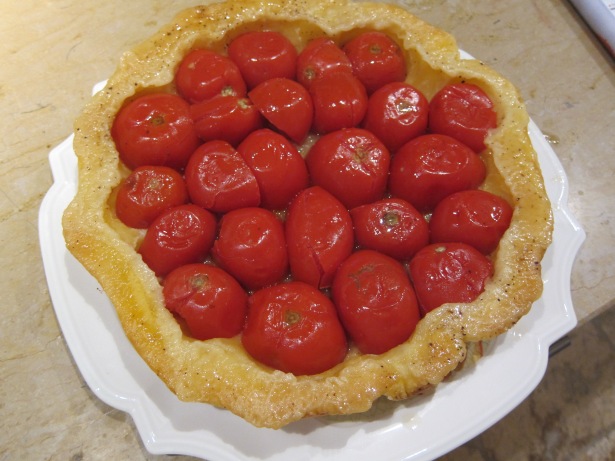 This summer I picked up a Vin et Cuisine (Food & Wine) magazine that was a bonus issue for subscribers.  It has 132 summer recipes organized by main ingredient, i.e. tomatoes, eggplant, figs, etc.  I have been systematically cooking recipes from it since August.  For the past several weeks the farmers have been getting rid of the last of their tomato crops.  My organic lady keeps telling me that this is the last of them, but then the next week she has a few more. I can never get enough tomatoes, so I buy a large sack every time.  Here is another great recipe for using that tomato surplus.  I was surprised at how easy and delicious this was.  If you are not familiar with a Tarte Tatin, then you should know that this is a take on the traditional apple pie that is baked upside down in the pie pan.  The apples, or tomatoes in this case, are placed in the buttered pie pan, then the crust is placed on top.  After it’s baked, you place a plate on the top (plate and pan are sold together here…convenient) and flip the whole thing over.  It’s a fabulous dessert, and this is an awesome savory version.  Enjoy! 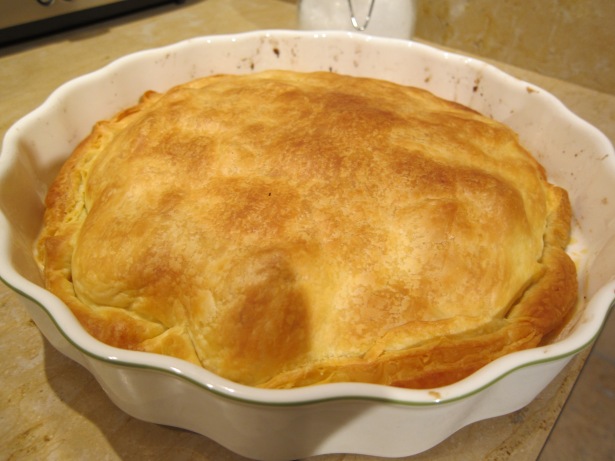